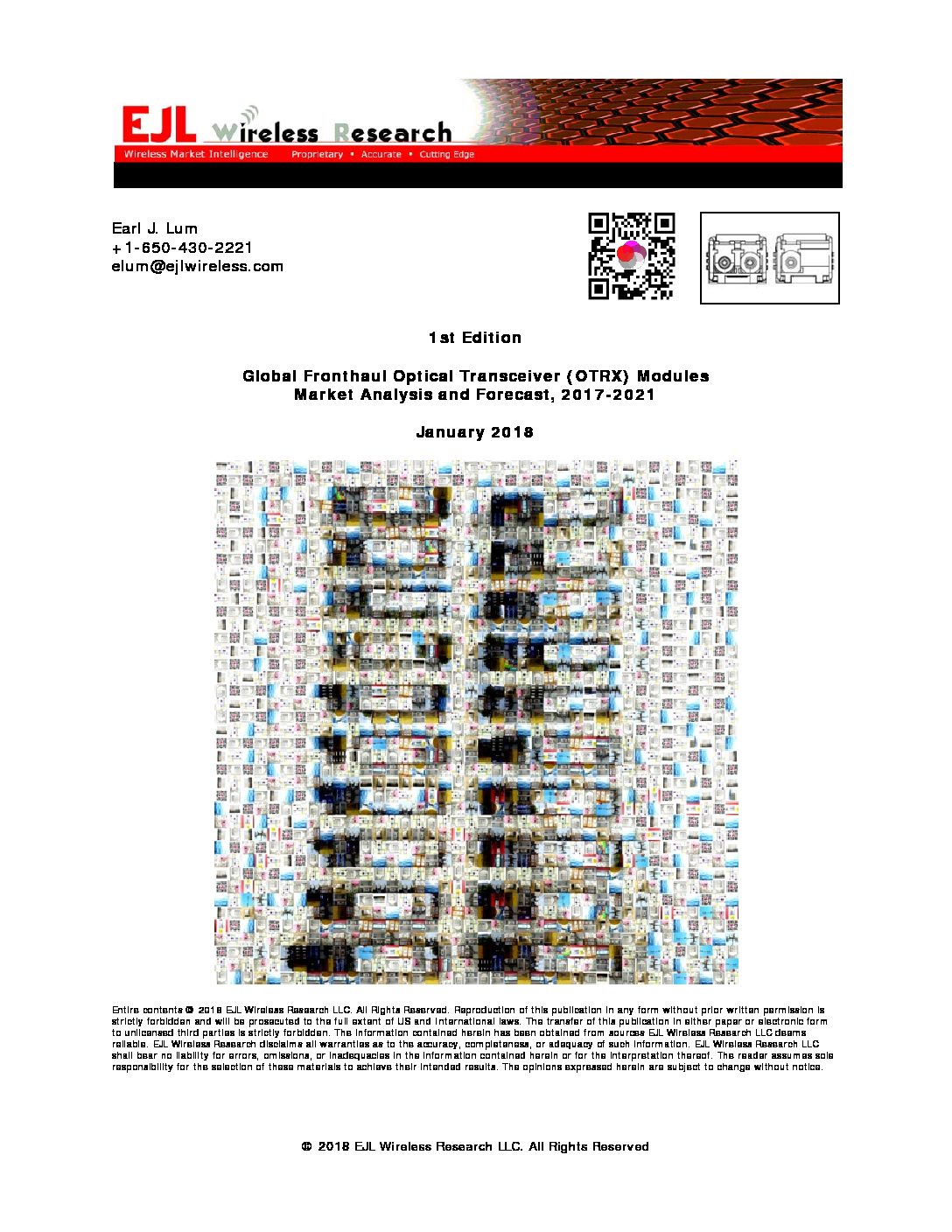 Salem, NH October 9, 2017: Shipments of remote radio units (RRU) and antenna radio systems (ARS) dropped by 8% in 2016, according to the latest report from EJL Wireless Research titled “Global Macrocell RRU/ARS Market Analysis and Forecast, 2017-2021 1st Edition.” “We are excited to finally introduce the third product in our series of research reports focused on the macro cell market. The RRU/ARS report complements our existing radio transceiver (TRx), digital baseband unit (BBU), and base station antenna research,” says founder and President, Earl Lum. EJL Wireless Research is forecasting that the macrocell RRU/ARS market will see a 14% decline in shipments in 2017 due to lower CAPEX spending in China and Asia Pacific as well as softness in other regions.

“The market is in a reset mode and feeling the massive hangover from the Chinese LTE party. Uncertainty surrounding the business cases for 5G as well as future spectrum auctions is pushing mobile CAPEX trends to a negative bias. However, we expect that LTE refarming of 900MHz and 2100MHz spectrum supporting legacy 2G GSM and 3G UMTS services will be a major driver for 4T4R
RRUs during the next five years,” says Lum.

“Within the category of 5G NR ARSs, we forecast that majority of shipments will be to support frequency spectrum below 6GHz such as 3.5GHz and 4.5GHz with mmWave-associated ARS shipments accounting for less than 10% share by 2021,” says Lum. ■