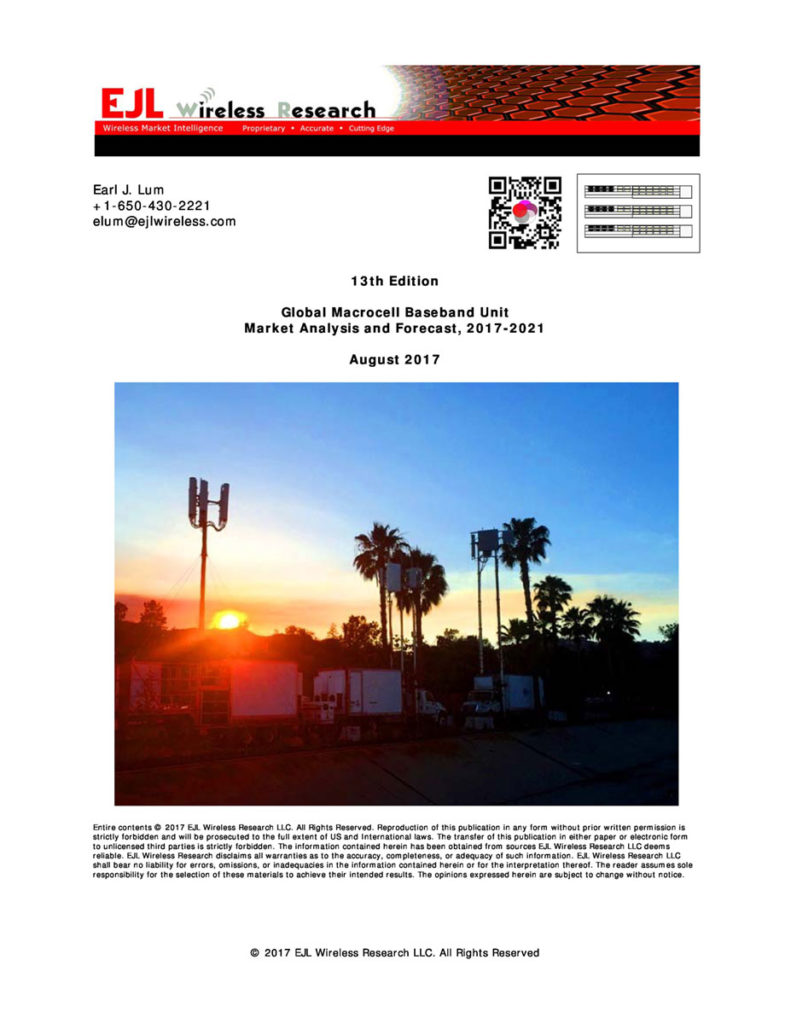 Salem, NH, August 16, 2017:  Shipments of digital baseband units (BBU) increased by 13% in 2016 to another year of  record shipments, according to the latest report from EJL Wireless Research titled “Global Macrocell BBU Market Analysis and Forecast, 2017-2021 13th Edition.” “We believe that 5G gNodeBs will grow to 34% of overall volumes by 2021,” says founder and President, Earl Lum. EJL Wireless Research is forecasting that the macrocell BBU market will see a 15% decline in shipments in 2017 due to lower CAPEX spending in China and Asia Pacific as well as softness in other regions.

“We forecast that the mobile network migration towards 4.5G LTE-Advanced Pro will provide demand pull  for eNodeBs over the next several years as Tier 1 mobile operators upgrade portions of their networks to support 3CC CA, 256QAM and 4×4 MIMO technologies. Additionally, 5G gNodeBs will begin to see low volume commercial deployments in 2017 and ramping into high volume deployments during 2018,” says Lum.

“Within the category of 5G gNodeBs, we forecast that majority of shipments will be to support frequency spectrum below 6GHz with mmWave-associated shipments accounting for less than 10% share by 2021,” says Lum. ■